Gilbert Gottfried and the decline and fall of the American empire

In the New York Review of Books, Tim Parks describes the frustrations of being an English writer working for the US market, and I know what he means. It’s not just about the divergences in word use and orthography that have set in since we benevolently decided the colonial bicycle could run without stabilisers; it’s about a whole host of assumptions and inferences, about shifting expectations of what readers might know or not know. (It’s also about tone, so if any passing American Republican readers feel obliged to point out that my metaphorical analysis of the endgame of their Revolutionary War is a tad indulgent to the British, please look up “sarcasm” before commenting. Have a nice day!)

Anyway, language and content. Parks is relatively relaxed about using “gotten” where his instinct would be to put “got”, because that’s a clear cut example of how the language has developed on each side of the Atlantic. What does irk him is that he’s forced to convert to miles, fahrenheit and the twelve-hour clock, even when he’s writing about Italy:


Slowly, as well as being concerned that some sentences were now feeling clunky and odd, I began to wonder if American readers really needed or demanded this level of protection. Wouldn’t they soon figure out, if I said “the temperature was up in the sizzling thirties,” that I was talking Celsius? Or at least that in another part of the world people had another system for measuring temperature where thirty was considered warm? Mightn’t it be fascinating for them to be reminded that the twenty-four-hour clock, which Americans usually associate with military operations, has long been in standard civilian usage in Europe? Italy introduced it as early as 1893. 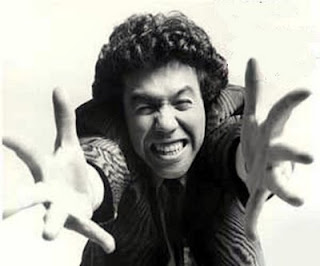 There are two things going on here. The first, of course, is American cultural hegemony, which means that the average Italian (or a Briton or a Malaysian or an Algerian or whatever) will almost certainly know more about American culture than a similarly random American will know about Italian culture. But there’s a rider to that; because Americans are exposed to so little unfiltered foreign culture, they’re not expected to be able to cope with it. So a Brit may not know who Gilbert Gottfried or Sandy Koufax is, but will probably be able to work out from the context a rough idea why they’re famous; the gatekeepers of US culture will feel the need to explain Norman Wisdom or Monty Panesar to consumers, or even delete the references entirely. (I discussed this a few years ago, in relation to the TV show Extras being tweaked for American viewers.) And we never know whether those consumers have the curiosity to solve the riddles, because they’re so rarely put in a situation where such ingenuity is necessary. Way back when I was working on the North American edition of the Guinness Book of Records, I was specifically ordered not to put metric equivalents alongside US measures “because it’ll only confuse them”.

Another example. I’ve got the US edition of The Salmon of Doubt, a posthumous collection of Douglas Adams’s writings. Now, someone has apparently decided that references to “Britain” or “the UK” will be too taxing to readers, so they’ve been replaced by “England”. Most of the time this doesn’t matter much, since although Adams was British, he was also English; he was born and educated in the English bit of Britain and spent most of his life there. But then you get to a sentence such as “But I also believe that England should enter the European Monetary Union.” Apart from the fact that this would have been a constitutional impossibility, surely an American who knew what the European Monetary Union was would also know that England and the UK were two different things?

The fact is that the US has been able to maintain this glorious aloofness because of the economic and cultural advantage it has enjoyed over much of the world for the past 60 years or so. Now that the end of that period of domination is in sight, will they be able to cope with the fact that kilometres and cricket and Norman Wisdom exist, whether they understand them or not? Or are they simply going to disengage from everyone else and celebrate their glorious post-imperial decline by watching endless clips of Gilbert Gottfried? Whoever the hell he is.
Posted by Tim F at 7:03 am

Not only do I believe I shall be able to cope, I demand to be challenged!

"You've hit the nail on the head, and it saddens me to say it.)