Carl Michael von Hausswolff and the value of bad publicity 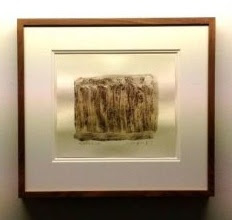 The Swedish artist Carl Michael von Hausswolff has claimed that he used ashes from the Majdanek concentration camp in one of his paintings. Of course, this has provoked outrage, which was probably the whole point; it makes dead sharks and elephant poo seem positively sedate. The question is, would it be more or less outrageous if he subsequently announced that he’d been making the whole thing up?
Posted by Tim F at 8:54 am

Hey Tim, I guess art hasn't changed that much of late. If it's not us doing Emperor's New Clothes over Mr. Hirst's latest or blinking strip lighting, it's something like this.
"Publicity is as publicity does, Roth", as my mother always says to me. By the way, I write all mine in turquoise crayon; I get through a lot of screen wipes. Indigo

I recently read Art Spiegelman's 'Maus' for the first time. I thought it was interesting, the way that it took on the idea that there could be no response by art to the Holocaust. I think as well as being a family history, and a brilliant graphic novel, it was about the difficulties of representing what had happened, and the difficulties of being a writer/artist post-WWII. Maybe von Hausswolff is trying to express that, simplistic as it is...?

Ah, but Indigo - who was melted down to make those crayons, eh?

That's true Annie. In a way, everyone who tries to represent the Holocaust is metaphorically painting with the ashes.