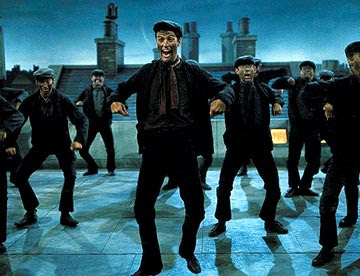 Every wage slave cowers under the cloud of potential obsolescence, the fear that changes in technology or economics or consumer behaviour will send us the way of chimney sweeps, tin miners, unicorn wranglers. You may be in some well established profession and think that we’ll always need doctors or accountants but are you sure? Are you really sure?


I work with words. It’s no secret that it’s become considerably harder in the past few years to make cash from writing alone; one EL James doesn’t make a boom. But I don’t just write; I also play with other people’s scribbles, cutting them down to size, shaving off any dangling participles, giving them a little something for the weekend. Even if writers can be persuaded to write for free, very few editors are willing to labour in tedious anonymity unless they’re offered a few shekels. So I was a little nervous when I heard about a software product called Grammarly, which claims to “check your writing for grammar, punctuation, style and much more”; and then relieved to read this piece in The Economist concluding that it’s a bit rubbish, really. Phew.

But of course it’s not technology that’s going to make editors obsolete. We rely not so much on the fact that we know what “literally” and “surreal” and “unique” and “disinterested” really mean, the difference between “which” and “that”, between “infer” and “imply”, where to place that pesky apostrophe; but on other people who don’t know these things, but want to look as if they do. At some point, though, they’ll realise that none of the readers know or care, so why should the writers? And once that happens, editors may as well learn how to sweep chimneys.
Posted by Tim F at 9:15 am

It's already happening - I spend so many hours sweating over copy and no-one even cares. It's mostly for my own self-respect, really.

On the other hand, more and more writers and happy to just liberally vomit text across a page, so editors will still be needed to make things intelligible.

Shouldn't that be "more and more writers ARE happy to just liberally vomit text"?

What do I know, I'm just a chimney sweep.

Sam: With the amount of copy being generated, and the amount of it that's just lifted from elsewhere, I'd be interested to know the proportion of text out there that's never been read and never will be, even by the so-called writers.

Thanks, Rog. Don't forget to send Sam your invoice.