Too much too young 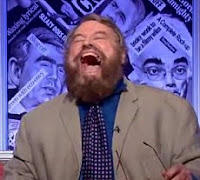 I am becoming increasingly fond of The Word magazine, and not just because they’ve mentioned my Noughties book for the third time in two issues. I suppose it’s because their prejudices gel with mine, not least in their overview of the bests and worsts of the past decade: The Wire, Twitter, winning the Ashes, BBC4, Heston Blumenthal, Brian Blessed on HIGNFY in the first camp; reality TV, The Da Vinci Code and Ugg boots in the latter.

But then we reach their Top 10 books of the last 10 years (I like to console myself with the notion that my tome was hovering somewhere around 11 or 12), and Christopher Bray’s take on Austerity Britain: 1945-1951, by David Kynaston, which is lauded as a “gloriously open-armed account of the era in which Word readers’ parents were setting up home.”