By the licking of my thumbs 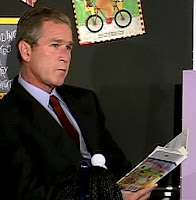 If you Google the word ‘book’, the first result that comes up is Facebook. Which got me thinking...

Unless they’re related to work, my reading habits seldom follow a particular plan. The selection of a book from the teetering piles of unread matter is down to chance, mood, sleep patterns, energy levels, travel plans, even the weather (or more specifically the shape and size of the pockets of the outer garments I might be wearing at the time).

Sometimes there’s a happy congruence between two successive books: if you pick out a Martin Amis, does this raise the chances of your next selection being an Ian McEwan? But it’s rarer that coincidence brings together two books that appear to contradict each other directly. Even if, after deeper analysis, they turn out not to.

On the face of it at least, Pierre Bayard’s How To Talk About Books You Haven’t Read does what it says on the cover. Bayard not only acknowledges the guilty secret that many who inhabit academic and literary circles haven’t actually read Ulysses/A Brief History of Time/anything; he even identifies such a state not as an omission, but as a commission, and a positive one at that:

If many cultivated individuals are non-readers, and if, conversely, many non-readers are cultivated individuals, it is because non-reading is not just the absence of reading. It is a genuine activity, one that consists of adopting a stance in relation to the immense tide of books that protects you from drowning. On that basis, it deserves to be protected and even taught.

Bayard’s thesis is based on the fact that any text is inextricably linked to the cultural context in which it exists; in this sense, his notion of non-reading can be seen as the logical end of Barthes’s Death of the Author (apologies to long-standing readers who’ve been subjected to this several times before). Just as the writer gives up any special authority over a text the moment it is read, so the reader gives up any claim to authority once the text becomes part of a broader culture. We need neither to write nor to read a book in order to own it; which must allow Katie Price to sleep more easily.

There does remain the question of whether Bayard is entirely serious. An air of mischievous irony hangs over the slim volume; and the breadth of references (Balzac; Proust; Musil; Wilde; Soseki; David Lodge; The Third Man; Groundhog Day) suggests that the author’s been reading a little more deeply than he affects to let on. Which in turn discourages the casual (non-?) reader, by framing a whimsical jape in the forbidding context of proper literary criticism.

Alan Bennett’s The Uncommon Reader, by contrast, couches a serious point in the context of whimsy. It’s a brief story about the Queen, who becomes an avid reader late in life; this change disturbs her advisors at Court and in government, who find the monarch becoming less malleable and reliable as a result of her literary explorations, and also begin to feel insecure about their own cultural aridity. Almost in passing, she expresses the point of reading a book, as distinct from being aware of its contents:

“Of course,” said the Queen, “but briefing is not reading. Briefing is terse, factual and to the point. Reading is untidy, discursive and perpetually inviting. Briefing closes down a subject, reading opens it up.”

Which in turn makes me think of Cliffs Notes and similar products that claim to offer us the benefit of reading without actually, y’know reading. I’m not sure whether there’s an equivalent of Cliffs in Bayard’s native France, but I was half expecting a passing reference to them in his book. That said, raising the existence of such non-reading guides might have alerted us to the fact that he’s taking the piss, by implicitly acknowledging the point made by Bennett’s Queen: that it’s not the content of a book that’s important, but the process by which the reader engages with that content.

Not that you need to read this post to know that, of course.
Posted by Tim F at 6:43 pm

Interesting post, Tim. This Bayard character can't be serious, can he?

Today's word verification: "crenth: (n) One of the two little dents one finds running parallel on the outside of a Lidl part-baked broetchen."

I have organised several signing sessions with people who don't write their own books.

The most depressing was Katie Price, who resembled an orange nine-year-old with two large apples stuffed up their jumper. She was perfectly fine, but her fans were a sorry bunch.

Many had already bought the book at W H Smith, as they weren't sure if we would be selling it (!) and I saw a seven-year-old girl dressed as a hooker. Her mother was overheard saying that she dressed her daughter like Jordan because she was a "role model".

I know that ghost-writing is nothing new, but in the age of the celebrity, it has reached new heights (or depths).

I was thinking about this 'special authority' thing recently, watching a friend play in a band who were tremendously enjoyable, but appeared not to be very in control of *why* they were tremendously enjoyable. Some of the time, anyway. It occurred to me that I was inferring authorial intent as I watched, and measuring the performance against that.

This is my problem with the 'Death of the Author' idea: authors are present in their own books. They write their own ideas in their own styles of writing, and even if they try to disrupt this, they inevitably do so in their own fashion. If the author has no authority over the text, he / she at least has some influence over the conception of him / herself in the minds of readers.

Of course, this influence is lost if people are reading summaries. I suppose if they are doing that and passing the knowledge off as first hand, that makes them unreliable narrators, which you would expect their own audiences to pick up on if they read them in enough detail.

At least Katie Price bothered with a ghost writer unlike Martine McCutcheon.

I like the Bayard book, I am assuming he is joking though.

Like the idea of the Bayard book.
Also will now have to read the Uncommon Reader because of the excerpt. unless Dr Hocking persuades me otherwise. (Hasn't done so far.)