About Carnival of Light

One surprise from this week’s budget was a grant to develop yet another Beatles attraction in Liverpool; suggesting that, to this government, culture is OK if it’s very, very old.

No doubt it will be successful; if people can be lured from the other side of the world to stand on a zebra crossing, they’ll be happy to pay to see an array of scrawled lyrics, some broken drumsticks and one of John’s old moustaches, and then go to a gift shop and buy 64 different varieties of yellow submarine. But there is the chance to put at the centre of the exhibit something that is old enough to be respectable but, to the vast majority of the visitors, utterly new. 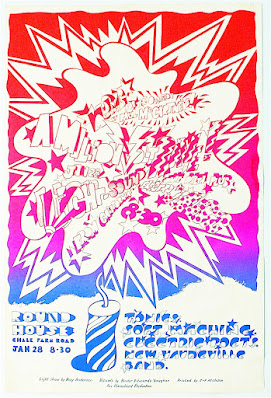 Carnival of Light is a 14-minute composition, recorded by the Beatles in early January 1967 and played during the Million Volt Light and Sound Rave at London’s Roundhouse a few weeks later. Barely anyone has heard it since and although Paul argued for its release as part of the Anthology project, this was vetoed by his colleagues and Yoko Ono. Whether this is because its unveiling might upend the approved narrative and remind people that Macca was the proper avant-garde innovator in the band or, as some of the survivors of the Roundhouse have suggested, that it’s not very good, is unclear. (And if it’s the latter, it can’t really be as bad as the execrable ‘What’s The New Mary Jane’, can it?)

Paul holds on to the tape, apparently. Maybe he listens to it now and again. But I would suggest that the recording should be donated to the new gallery/museum/mausoleum; not to be heard, but to be sealed in a Perspex box and if anyone even tries to get inside, the whole thing, and indeed the whole building, will self-destruct, taking with it any last vestige of the notion that the myth should be bigger than the music.

But it’s going to be submarines, isn’t it? And lots of the buggers.