It’s the academic equivalent of l’esprit d’escalier, I suppose. I delivered my MA dissertation nearly two years ago, and still I keep coming across bits and bobs that could have gone in there. The latest is from the Australian critic Robert Hughes, who in his 1993 book The Culture of Complaint attempted to carve out some middle ground between the relativists who said that the canon was as dead as the white males who (over)populated it, and the conservatives who insisted on its perfect immutability. What’s even more annoying is that I read Hughes’s book when it came out, and then entirely forgot about it, which probably says something about my own personal canon.

Anyway, the passage that would have fitted, and will undoubtedly be resurrected for the 20th anniversary box set, including previously unheard demos, live tracks and astonishingly banal studio chatter, is as follows:

The quarrel over the Canon reflects the sturdy assumption that works of art are or ought to be therapeutic. Imbibe the Republic or Phaedo at nineteen, and you will be one kind of person; study Jane Eyre or Mrs Dalloway or the poetry of Aphra Behn, and you will be another; read Amiri Baraka or The Color Purple or the writings of Wole Soyinka, and you will be a third... For in the literary zero-sum game of Canon talk, if you read X it means that you don’t read Y. 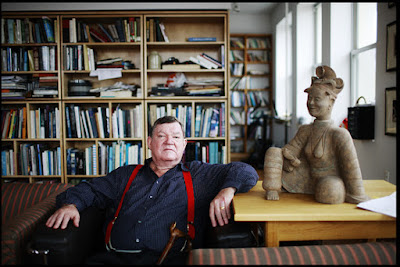