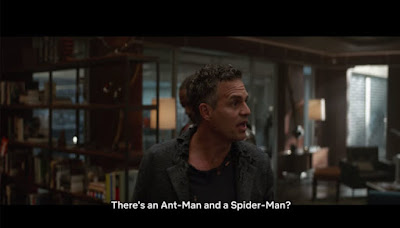 Following on from the previous post: if stupidity is going to be lauded and weaponised, there will inevitably be overt hostility towards any manifestation of knowledge or learning. I just happened across a radio report about how few showings there are of subtitled films for deaf and hard-of-hearing  cinema-goers; a representative of the cinema trade body said that if (hearing, presumably) people go into one of these showings by mistake, they often demand their money back. Let’s be clear, these aren’t foreign language films with subtitles; they’re your standard cineplex blockbusters, Disney, Marvel, whatever, that just happen to have a thin strip across the bottom with text representing the dialogue. You don’t need to read it if you can hear the soundtrack. But the very presence of stuff that *can* be read is apparently enough to ruin some people’s enjoyment.

PS: As Bong Joon-ho, the director of Parasite, says: “Once you overcome the one-inch tall barrier of subtitles, you will be introduced to so many more amazing films.”

PPS: Sandra Garcia in the New York Times: “For people who dislike subtitles, common complaints have been that they distract from the action onscreen, are hard to focus on, or that reading them can feel like work if a plot is complicated.”
Posted by Tim F at 1:41 pm