About Kenny G and a hole in the wall 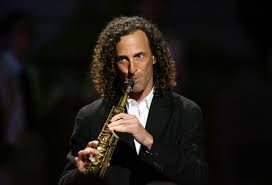 Two things, loosely linked by ideas of taste and classification, if nothing else. First, in Jacobin, John Halle argues that we should stop being snotty about Kenny G, not because he’s actually any good, but because critical distinctions between goodness and badness are essentially elitist and potentially obstruct “our goal of developing a social base for a mass left politics”. It’s a more succinct and more overtly political riff on Carl Wilson’s musings about Celine Dion; and it also has a significant bearing on class politics in the UK, US and elsewhere – at what point must we stop telling people they’re wrong about Brexit or Trump or funny-haired saxophonists, before they vote us into oblivion, or worse? However, taken to its logical conclusion, Halle’s argument would proscribe all informed, critical evaluation and discrimination, whether by critics or artists or anyone, leaving any success or failure of an artist in the hands of the consumer, thus handing the whole process over to the workings of the market; hardly a victory for the left, I would have thought.

And, in New Zealand, the bar where the inchoate rage of one of its patrons was transformed into political art (or artistic politics), simply by putting a frame around the resulting damage. 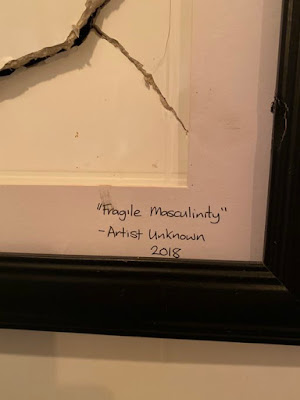 PS: Just remembered, I’ve touched on this sort of thing before – without ever losing hold of the fact that Kenny G’s music is truly dreadful, obviously.
Posted by Tim F at 2:49 pm

Was the anonymous New Zealander inspired by The Burnt Orange Heresy?