I rather enjoyed the TV adaptation of Gaiman/Pratchett’s eschatological bromance Good Omens, and I suppose the fact that 20,000 Christians have petitioned Netflix to have it cancelled (one of their complaints is that God is depicted as having a female voice) is something akin to a badge of honour.

Especially since the show was actually made by Amazon Prime. 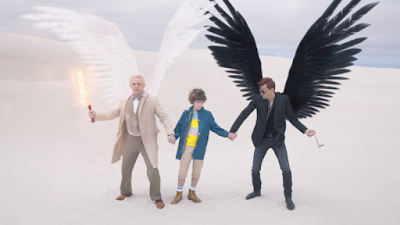