About getting it right/wrong

I’ve just come across an article I wrote for the BBC website in 2009, as part of a retrospective of the decade that was drawing to a close. Pretty uncontroversially, I picked the 9/11 attacks and the collapse of Lehman Brothers as the two events that would be emblematic of the Noughties, but also pointed out that they took place within a few minutes’ walk of each other, and people who live thousands of miles from Manhattan might have a different perspective on what’s important.

And then I took a bit of a punt and wondered if, in years to come, the most important development of that decade might turn out to be the launch of Wikipedia, because of its potential to disrupt the hierarchy and control of knowledge itself:


Along with Twitter, YouTube, Facebook, blogs and the other manifestation [sic] of Web 2.0, it meant that the final judgement as to what was significant would never again be left to a self-appointed elite of media professionals.

Yay! One in the eye for the so-called experts, the big media tycoons, the smug commentators in their ivory towers! The only difference is, in 2009 I thought that might turn out to be a good thing... 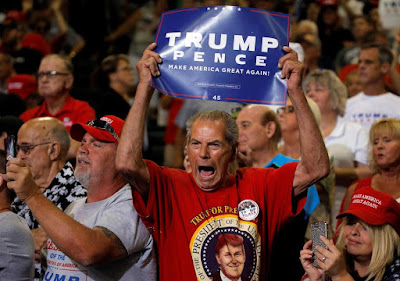 PS: The book I wrote about the Noughties is still available, packed with observations I got horribly but justifiably wrong.
Posted by Tim F at 9:07 am