About Rudyard and Maya 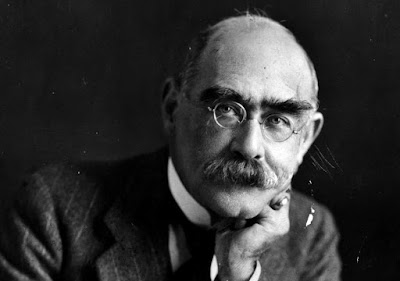 A mural bearing the text of Kipling’s poem If has been removed from the union building at Manchester University and replaced by Maya Angelou’s Still I Rise. The reason, apparently, was that Kipling was a racist; or, more specifically, that his poem The White Man’s Burden expressed racist views. Nobody, as far as I’m aware has expressed any reservations about If as a poem, or explained why Still I Rise is better. Instead, the new poem has been put up in an attempt to reverse the exclusion of “black and brown voices”.

So ultimately this is nothing to do with poetry; it’s all about the poets. Kipling is a dead white male who probably held some reactionary views; Angelou is an also-dead black female who probably didn’t – although the Manchester students could face an ethical dilemma if it turns out that she did or said something a bit dodgy at any stage in her long life. (Think of the fate of the movie director James Gunn, who Tweeted something off-colour a decade ago and has been told that this is “inconsistent with the values” of Walt Disney, although whether it would have been inconsistent 10 years ago, or under the aegis of the arch-reactionary Walt Disney himself is another question.)

For what it’s worth, and despite the fact that nobody asked me, I prefer the Angelou to Kipling’s tired doggerel; I also suspect I would have had more fun hanging out with Maya than with Rudyard. Above all, I hold to the values of Shakespeare’s mob when confronted by the innocent Cinna the Poet; don’t worry about what the poet is or does, just “tear him for his bad verses.” 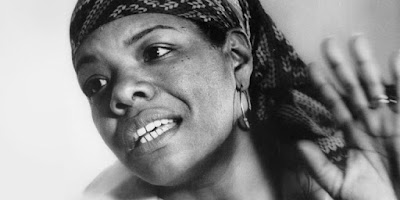 Had the poem being removed been the one that was considered offensive this would make sense. However, to blanket ban the entire work seems clumsy. As does choosing to replace it with Maya (who I love). It’s virtue signalling and suggests that her work has merit only as a reaction to a white, male poet. If we’re removing works of art because of the personal views of the artist my music collection is going to be pretty sparse.

IF isn't a good poem, but it's excellent self-help advice.

Perhaps this would be better:
WE AND THEY


Father and Mother, and Me,
Sister and Auntie say
All the people like us are We,
And every one else is They.
And They live over the sea,
While We live over the way,
But-would you believe it? --They look upon We
As only a sort of They!

We eat pork and beef
With cow-horn-handled knives.
They who gobble Their rice off a leaf,
Are horrified out of Their lives;
While they who live up a tree,
And feast on grubs and clay,
(Isn't it scandalous? ) look upon We
As a simply disgusting They!

We shoot birds with a gun.
They stick lions with spears.
Their full-dress is un-.
We dress up to Our ears.
They like Their friends for tea.
We like Our friends to stay;
And, after all that, They look upon We
As an utterly ignorant They!

We eat kitcheny food.
We have doors that latch.
They drink milk or blood,
Under an open thatch.
We have Doctors to fee.
They have Wizards to pay.
And (impudent heathen!) They look upon We
As a quite impossible They!

All good people agree,
And all good people say,
All nice people, like Us, are We
And every one else is They:
But if you cross over the sea,
Instead of over the way,
You may end by (think of it!) looking on We
As only a sort of They!

But surely an important aspect of education is learning that someone can be a racist and a great poet, can have vile and stupid ideas sometimes and beautiful and astonishing ideas at others, that people are complicated and you can't divide them into Goodies and Baddies.

As another poet said:
Time that is intolerant
Of the brave and the innocent,
And indifferent in a week
To a beautiful physique,

Worships language and forgives
Everyone by whom it lives;
Pardons cowardice, conceit,
Lays its honours at their feet.

Time that with this strange excuse
Pardoned Kipling and his views,
And will pardon Paul Claudel,
Pardons him for writing well.

I always rather liked Kipling's short poem about James I - "a shifty mother's shiftless son."