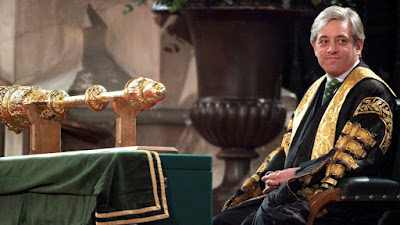 It turns out, though, that “stupid” is now verboten in many schools. But I’m not sure if that means it’s just considered too hurtful to draw attention to someone’s stupidity — or whether stupidity as a thing is considered not to exist.
Posted by Tim F at 10:32 am

The Speaker isn't just a politician. They're supposed to control and moderate the House of Commons, not get dirty with the rest of them.
Equally, an action or an opinion may be stupid: that does not mean that everything the person concerned does is automatically stupid or that the person themselves can be dismissed as stupid.