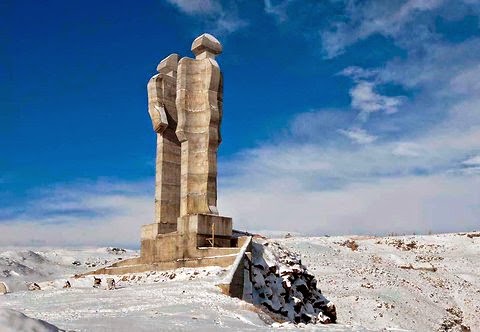 I wouldn’t claim to be an expert on the more obscure avenues of the Turkish art scene, beyond a passing observation that Turks seem unusually fond of tortoises. Indeed, recent events have persuaded me to go no further in my studies, after President Recep Tayyip Erdogan was fined 10,000 lira (about 2,500 pounds) for inflicting “psychological damage” on a sculptor by saying that his Monument to Humanity was a bit rubbish.

Apparently it’s not a straightforward case of a highly-strung artist finally losing his rag with critical snark and attempting to restage Whistler v Ruskin in the back end of Anatolia. The piece in question was intended to symbolise friendship between Turkey and Armenia, just the sort of political statement that’s going to wind someone up somehow; indeed, it’s still an offence under Turkish law to claim that the horrors inflicted upon the Armenian people 100 years ago might be described as genocide. (Meanwhile, in some other countries it’s illegal to say that it isn’t genocide, which strikes me as equally daft.) It’s tempting to revel in Erdogan’s current predicament, since he’s a supporter of the not-a-genocide protocol, committed to the notion that what happened in 1915 is a bit of unpleasantness best left to historians, but preferably not for a while yet. And yet, as is so often the case when a law is passed to stop people saying a particular thing, the effect is considerably more far- reaching, as it contributes to a general discouragement against talking, or indeed thinking, about anything of any significance. Which is presumably what those in power ultimately want.

But if it’s any comfort to the beleaguered Prez, he was entirely right. The sculpture, which has since been removed, was bloody horrible, resembling at best a bad waxwork rendition of the robot mummies from Pyramids of Mars. I wouldn’t presume to comment on his political credentials but I’d give him a job as an art critic. 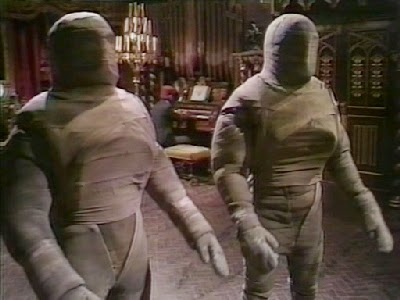 Perhaps President Erdogan and Prince Charles should work together as public atr and architecture critics...