H&M and all the stars that never were

When I was about 13 or 14 I was in a band. We were called Yeux Bleus and we had a really great logo, with a pair of elegant, feminine eyes peering out from beneath the brows formed by the initial ‘Y’. We also had some lyrics, which were basically the poems I was already writing about nuclear war and beret-wearing girls who didn’t fancy me, with some bits repeated so we could have choruses. No recordings exist, sadly, because we never made any, because we never actually played any music, because we couldn’t. But I suspect we would have ended up doing vaguely synthy, new romantic stuff, like Visage or Depeche Mode, because they had French names too. 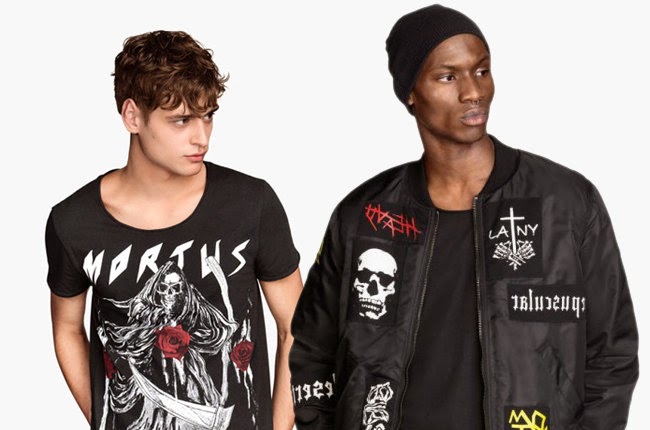 I only mention this because it appears that the clothing brand H&M, following on from the craze of adorning t-shirts with the names of punk and metal bands of which the wearer has never heard, has taken things to the next level, using the names of bands that somebody in the marketing department has just made up. To be fair, they’ve put more effort into this than we ever did, retrospectively creating band histories, album artwork and even some suitably gruesome music for these non-existent combos.

But here’s the thing. There must be hundreds of thousands of bands that never happened, just like ours. And probability states that at least some of those band names will coincidentally pop up again on an H&M garment — there are only 26 letters in the alphabet after all, although this is metal, so we have to take umlauts into account. Just imagine what it might be like to be walking down the street and be confronted by some kid whose fashion choice pledges allegiance to a band that you never quite got started more than three decades ago. The feeling would surely be something like stepping into a parallel world where all those primal adolescent dreams of power chords and groupies and difficult third albums and woooh, hello Leipzig had come to fruition and you hadn’t ended up selling patio heaters in Shropshire after all. And if you do see some kid whose t-shirt announces slavish devotion to the back catalogue of Yeux Bleus, please let me know, because we were bloody brilliant.

PS: Turns out it’s not that straightforward. The t-shirts were real but the back stories (including the dodgy neo-Nazi connections of some of the bands) and the music were conjured up as a subversive prank by a production company that was fed up with the high-street commodification of metal. One unreality on top of another. I can’t keep up.
Posted by Tim F at 7:10 am

My brother once fronted a 17 piece band called Kinky Machine and was perturbed to find their namesakes in the album charts years later.