The Interview: but is it art? 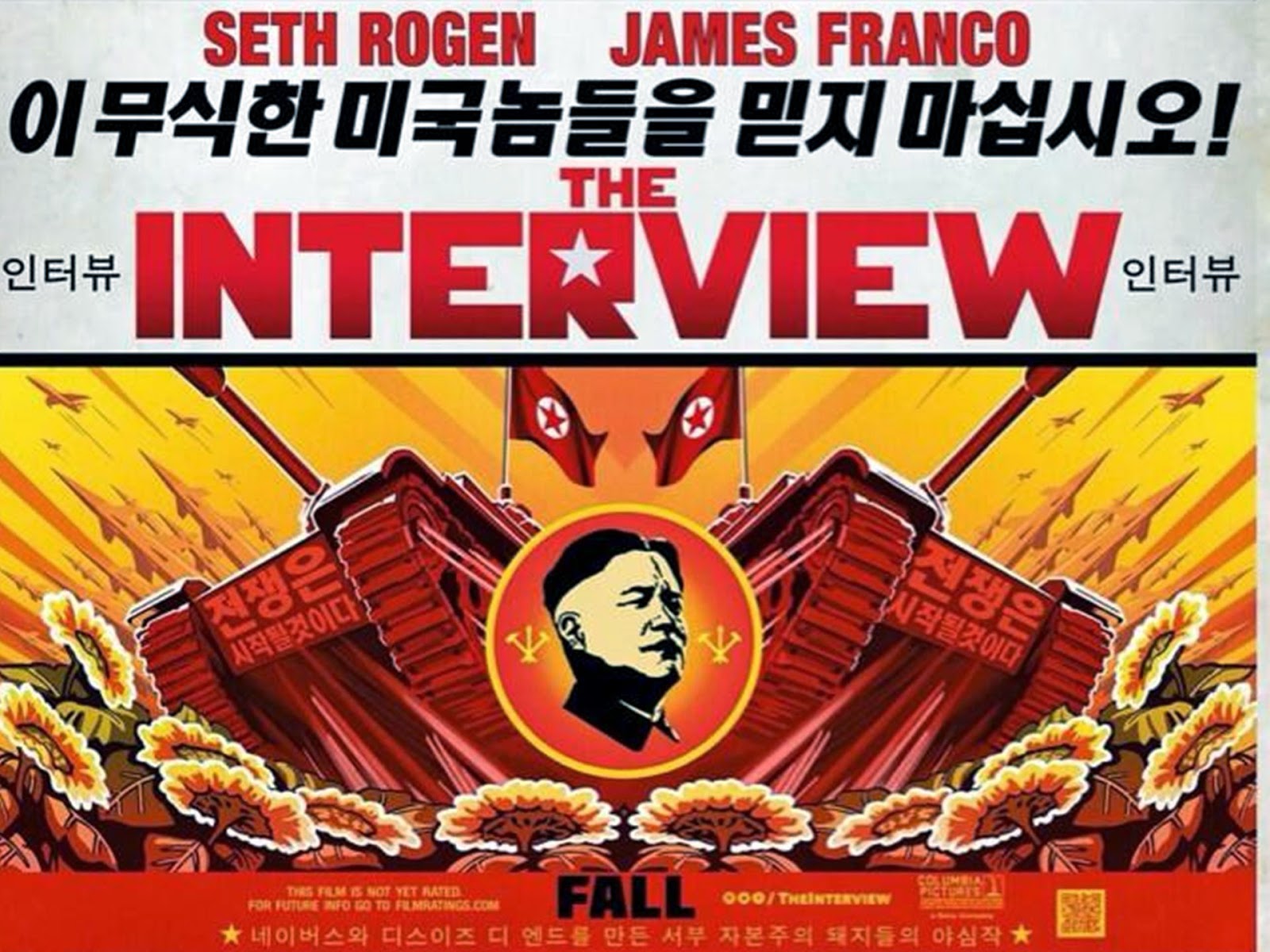 Until a few days ago, the Seth Rogen/James Franco movie The Interview appeared to be nothing more than a crass, schlocky, buddy movie with a bit of heavy-handed politics thrown in. But then things got interesting. First came the cyber-attack against Sony that may or may not have had something to do with North Korea (although they said “it’s not us, guv”). Then the big cinema chains in the United States, mindful of the rhetoric emanating from Pyongyang, announced that they wouldn’t be showing the film, and Obama weighed in to say that the Koreans were acting like terrorists and the Koreans said “oh yeah, well you’re the real terrorists” and then he said that he was disappointed in Sony Pictures and Sony Pictures said “it’s not us, guv” and then someone knocked out the whole internet in North Korea and most of us said “but we didn’t think they had the internet in North Korea” and now it turns out that The Interview will be shown in cinemas after all, but only in a few small independents and art houses. And Obama said, gee, I’m proud of you guys, Merry Christmas.
A few thoughts. First, I’m sure I’m not the first person to wonder whether this might be the most deviously brilliant marketing campaign ever, worthy — if this isn’t getting just a tad too self-referential — of a movie in its own right. Then, if the terrorist threats were indeed credible, are we supposed to assume that a few earnest cinephiles munching vegan brownies would be a tolerable level of collateral damage whereas the loss of a packed cineplex would be beyond the pale? And finally, if The Interview is now to be shown in art houses, does its context at the centre of a geopolitical shouting match mean that it has suddenly become art? 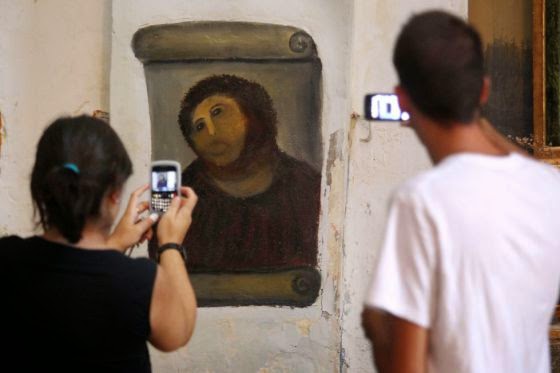 On similar lines, it would appear that Cecilia Giménez’s cack-handed restoration of a fresco at the church in her hometown of Borja, Spain, has attracted 150,000 visitors over the past couple of years, numbers that would make many provincial galleries salivate. Maybe that’s the answer when it comes to The Interview: yes, it’s art, but nobody said it had to be good art.
Posted by Tim F at 7:22 am

I also wonder what the USA would say if a North Korean film was released about "hilariously" assassinating the President of the USA? Hmm …