Blogged down (return of the twazmuppet) 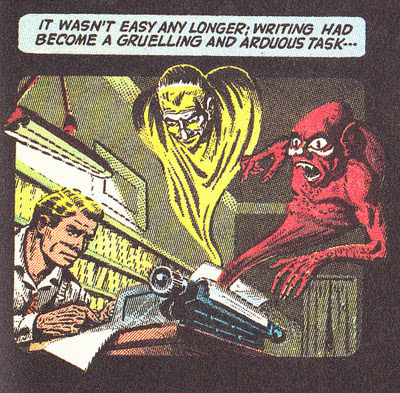 I didn’t really know what to expect when I started this blogging malarkey. I’d just heard that there was this thing that people were doing on the interwebs, and every article I read struggled to explain its appeal coherently and concluded with a vague exhortation to just, y’know, carry on and do it, then you’ll understand. A bit like planking, really. But this was the middle of the last decade, so nobody knew what planking was. Before planking, eh? That long ago. Fancy. So, anyway, I went to Blogger, for no particular reason other than it had the word blog in its name and I just carried on and did it, writing about vodka and pencils and Noel Coward’s boyfriends and similar good stuff. And for a couple of months I still didn’t get it, but then a few other people started commenting and I started commenting on their blogs and well, that was pretty much it, really. I tried to write about all the books I’d read and all the music I’d heard and all the movies I’d seen but pretty soon that slipped and I just wrote about any old nonsense, some of it not even revolving around Haruki Murakami or French postmodern cultural theory or Radiohead. I had fun, and got to know some interesting people, some of them in real life. Even got a few bits of work out of it, which was nice.

All good things don’t necessarily come to an end, but they do turn a few strange corners. Some blog chums (Patroclus, Spinsterella, Billy, Molly Bloom) seemed to fade out of view. Others (such as Kaz and, just a few days ago, the wonderful wizard called Oz) actually went and left us properly. And I kept on blogging but it all started to feel different. Sometimes I just couldn’t think of anything to say. And other times I knew what I wanted to say, but simply couldn’t summon up the energy and/or imagination to make it coherent or worthwhile. And while I’d never really worried about such vulgar gewgaws as traffic and eyeballs, I did notice that, while occasional posts drew a flurry of interest, people were far more interested in pictures of Helen Mirren and Charlotte Rampling in various states of undress. My blogging mojo seemed to be gearing itself up for a big “it’s not you, it’s me” moment.

And then I came upon the wise words of one Soc Med Sean, who suggests the questions one might wish to ask to give one’s abject self-loathing a little more intellectual rigour. I’ll just run through a few of them.

1. Who is your audience? Do you know who you want to attract to your blog? Have you written content that they would find interesting? If not... stop doing what you’re doing and formulate a plan to find new, interesting content.

I write what I find interesting. If that attracts an audience, that’s lovely. If I can’t find anything that interests me, I don’t post.

2. Is your content really interesting? Can it be scanned quickly?

3. What are you writing about? Does your blog have a theme or is it just a collection of ramblings on various topics? If you don’t have a theme, why would anyone want to return? The goal of a good blog should be return visitors, these are the folks that are going to share your stories with their social networks. Give them something to come back to.

It is just a collection of rambling on various topics, but it also has a theme, namely stuff that interests me. Do try to keep up. And no, the goal of a good blog is not necessarily return vistors who are going to share on social networks. Now you’re just talking bollocks. I’ll just skip to the end, thanks.

9. Are you REALLY doing search engine optimization? If you’re not spending a couple hours each week just reading, analyzing, and reviewing the keywords you use in your posts, the cross-linking strategy between your internal posts, and your external linking strategy then you’re not doing enough. Do more!

Oh fuck off. REALLY fuck off. Do more fucking off! You twazmuppet.

Fortunately I then found a post on the rather splendid Include Me Out, which offers a far more cogent and helpful list of suggestions, and still leaves time for a couple of pints afterwards. But I don’t think he spends all that much time in reviewing the cross-linking strategy between his internal posts. Naughty blogger.

Never mind, here’s a nice picture of Charlotte Rampling. That usually does the trick, doesn’t it? 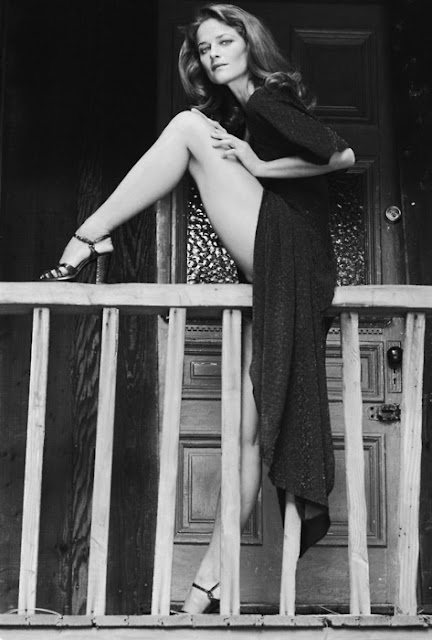 PS: Sam Burnett also discusses bloggers who drop and/or burn out. And haircuts.
Posted by Tim F at 4:36 pm

Thanks for the pic - that's all I came here for - didn't read the article - more pics please. I followed the link to that blog Include Me Out but I think the bloke's taking the piss - not sure - didn't read it all.

This is getting a bit meta.

I came here for a photograph of Roger Bannister but this seems near enough.

I had an insightful comment to add, but it was lost in thoughts of CL's legs. Sorry. But I did agree with that stuff wot you wrote beforehand.

Blogging has become such a melancholy business, like you I never intended to be part of a community as such. It's just sad to see old friends depart.

I don't really care much for warts, but I'm happy to be a stalwart in this case I suppose.

It's people like Soc Med Sean who have ruined it for everyone, turning blogging from a joyful act of creation into a wretched chore with "metrics" and "KPIs" and "strategic objectives" for every post.

I wish it was the old days again. And I wish I had time for anything that doesn't involve metrics and KPIs and strategic objectives. And childcare.

I'm still reading your blog and enjoying it very much, there's just no bloody TIME to do anything more.

Well, I like it here, and I'll keep coming back. And it's not for Charlotte Rampling's legs...it's not. Really and honestly, it's not! Shapely, though, aren't they?

I thought you were going to quit then. Phew!

The most popular post on my Wittgenstein blog is "Of Simples and Samples". That's either because:

1. My critique of the metaphysics of logical atomism was masterful and compelling; or

2. The post's title gave me the opportunity to include a photo of Alexander Meerkat.

I think the way forward for philosophy in the UK is pretty clear.

Oh, and keep up the good work, Tim!

Actually, el hombre, I rather suspect he's deadly serious; it's old Sean who's taking the piss ;-)

Is Ms Rampling had attempted the mile, Rog, Norris McWhirter would have dropped his stopwatch.

It's like a great big soap opera, that's what it is, Sam. The problem is, the people who stick around are Ken Barlow and Ian Beale.

Get the kids to write blogs, Patroclus. But proper blogs, according to Sean's rules. Then they'll be so busy you won't need to look after them.

They keep her off the ground, Martin.

Nah, tried that, Billy. But as soon as I took a rest, I had a burst of creativity. So everyone thought I'd been bullshitting.

That's the one trick that Alain de Botton's been missing, Philip. Funny animals.