Leafing, as yer do, through 1952’s inaugural Sight and Sound Best Films List, the fun appears to be more in the chatter around the whole project than the list itself.

One refrain, which I yell every time such a vote is taken, is that “the films one thought best (in the history of the cinema, etc.), were not necessarily the films one liked best.” Which I think is what distinguishes the two schools of list. People who vote for The Empire Strikes Back or The Shawshank Redemption in, say, an Empire  poll, do not acknowledge such a distinction; those who pick Vertigo or Tokyo Story in the Sight and Sound are painfully aware of it, although not all will own up to the dichotomy in their own aesthetic. And the complaints about 10 being an arbitrary number: “Why not 50? asked one contributor (sending in 15 choices). Why not 2½? suggested another.”

Which was presumably meant to be facetious, but it suggests another question: what’s the best half of a film, even if the other half disappoints? 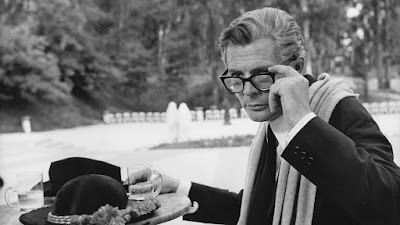