Ivan Goncharov, in one of the many 19th-century Russians novels I haven’t read, coined the word halatnost, most readily translated as “dressing-gown-ness”, to describe the sloppy idleness of the aristocrats of his time, a mode of existence that would come back to bite them a few decades on.

I wonder whether Jonathan Chew had Oblomov in mind when he appeared clad in such a garment during his trial for assaulting chief medical officer Chris Whitty. Although since the core of his defense appears to be “I feel like I’m innocent”; and his response to the judge’s criticism of his attitude was “What does cavalier mean?”, I rather suspect not. 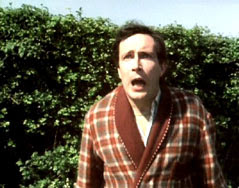