I’ve previously discussed at immoderate length the knots into which mass media gets itself when trying to discuss Gustave Courbet’s The Origin of the World without actually depicting or even describing what it represents? So full marks to the BBC for giving us the real deal (after a “graphic content” warning), while reporting a story about the rediscovery of Courbet’s model; and at the same time leading, above the digital fold, with a clean version that’s actually rather funny. 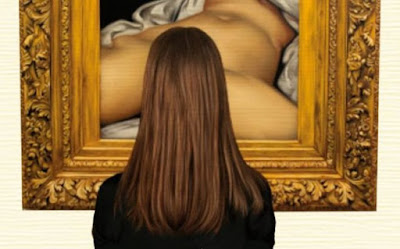 PS: And the comments section for Jonathan Jones’s piece on the above degenerates into a digital snowball fight regarding the distinction between a vagina and a vulva.