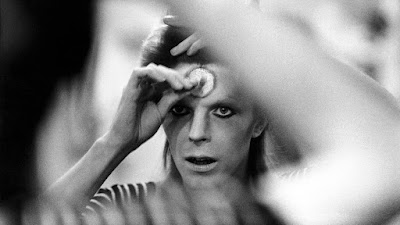 I think you have something there. There's the devastation of never being able to be Bowie! Begs the question would we all be feeling like this had he been short, fat and bald and would he have had such a far-reaching effect on every aspect of modern cultural life without the mesmerising looks and beguiling charisma to go with the titanic talent? Thank goodness he at least had crooked teeth for most of his life - though even they were wolfishly attractive - along with his mesmerising mismatched eyes and served him particularly well during the Ziggy years.