Let’s get serious (or at least pretend to)

According to a recent survey, a fifth of adults admit to pretending to be more cultured than they are, although the ways in which this pretence manifest themselves seem to be a bit of a ragbag. OK, there’s the straightforward fakery of pretending to know about wine, a classic indicator of social one-upmanship. And there’s also the crime of reading an intellectually demanding tome on the beach or on public transport, although I don’t see why wielding a book as an accessory with which to define one’s own projected image is any worse than using a t-shirt or a handbag; and in any case, aren’t Kindles and iPads working towards making such display rituals essentially meaningless?

But then things get really silly. Apparently it’s pretentious to retweet something clever on Twitter. Not to tweet something clever; but to identify something else as clever and recommend it to one’s friends. So intelligence is OK, but a discriminating critical intelligence (coupled with an instinct for digital evangelism) isn’t. And quoting Shakespeare is bad as well, we’re told; although is it acceptable to quote Shakespeare if you don’t know you’re doing it? 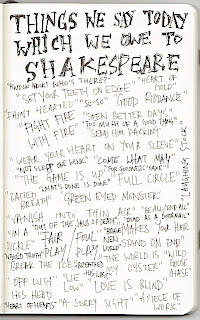 In fact, the exceedingly clever people behind this survey (apparently commissioned in the name of a brand that used to be a search engine but gave up trying) seem to believe that we occupy a strictly binary universe composed on the one hand of people pretending to be clever and on the other people who don’t bother to pretend. Regarding the admirable 80% of individuals who claim not to fake their knowledge of wine, nobody has seen fit to ask how many of them don’t fake it for the simple reason that they do actually know quite a bit about wine, thank you, or Shakespeare or jazz or any of the other things that some people supposedly pretend to know about to impress others, and as such have no reason to bluff. Come to think of it, one of the areas of intellectual pretence the survey doesn’t cover is the act of banging out a series of spuriously authoritative opinion poll devoid of scientific or statistical merit, that exists solely to offer cheap filler to impecunious newspapers. Which in my book is almost as bad as the grievous sin of quoting Shakespeare.

PS: Another perspective on the same survey; from someone apparently pretending to be a fictional character, which is a level of bluff that the original article didn’t cover.

PPS: And some more examples of people trying too hard, from Buzzfeed.
Posted by Tim F at 7:22 am

For the sake of balance I think their next survey should be about the things some people do to seem less intellectual than they are (pretend they watch Eastenders, or that they have to google munchausen syndrome to know how to spell it) they might well find it's the same people, just desperately trying to fit in with whoever they're with.

"Binary universe" - is that what Miles Kington was on to when he did his columns starting "there are two kinds of people..."?

oh how I loved reading that article! haha. Humans are a funny bunch.

Nothing would ever get done if people didn't start to do things before they knew all about them, but had convinced others that they knew enough, or at least that they knew more than they did... Sorta thing.

Because you are not born with all the knowledge you will need to nail those last questions in the "Culture" section of the Tuesday pub quiz and so take home the ante in the coveted game of life...