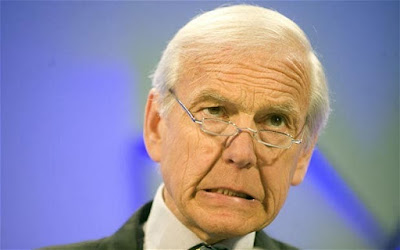 Oh dear, this one has the potential to get me into all sorts of trouble, so I should state at the outset that I fully support the right of trans people to be accepted as whatever gender (or none) they present and, er, that’s it.

OK, the current series of the venerable TV quiz show Mastermind is trundling merrily along and until now the only real controversy it’s spawned is whether creaky old sitcoms should be allowed as specialised subjects alongside such solemn, improving material as Mussorgsky’s Paradiddles and Endangered Invertebrates Of The Isle Of Wight.

But a few days ago (well, it was broadcast a few days ago, would have been recorded a few months ago, but you get my point), one of the contestants made an unusual request — and here’s where things get particularly awkward because it’s very difficult to describe what happened without effectively taking sides. Charley Hasted (specialised subject Sherlock Holmes) is a non-binary person who prefers to have the pronouns they/them applied to them. (See what I mean?) The occasionally-irascible host John Humphrys apparently didn’t accede to this request on the show. As the respected archivist of all things British and gameshowy, Iain Weaver described it:


Extreme discourtesy from host John Humphries [sic], who refused to address Charley Hasted by their preferred pronoun. “It would be confusing,” fumed the question-asker off screen. No, it’s not confusing. It’s terribly simple, it’s basic manners.

It seems to be an open-and-shut case of a curmudgeonly septuagenerian stick-in-the-mud refusing to acknowledge that traditional gender roles and identities are merely arbitrary social constructs and he ought to check his cis privilege, right? Well, yes and no. It is indeed polite to use address people as they wish to be addressed (and I’m not sure whether Weaver’s misspelling of Humphrys’ name is passive-aggressive snark or just a goof) but it can also sometimes be confusing. While Charley may prefer to be addressed as “they”, there are reasons this isn’t such a great idea that are nothing to do with stomping all over anyone’s gender identity. “They” has a very specific grammatical meaning, as a third-person plural pronoun. It refers to more than one person or thing, none/neither of whom is either the person speaking or the person being addressed. If it’s used in other ways, it gets very confusing. Consider this extract from an article about record shopping:


I spoke with Glenna of Gramaphone Records about dealing with the woes of “bros being bros” over plates of shrimp in a small mariscos restaurant. They perform under the name Sold and serves as techno buyer for the Lakeview shop that’s been providing DJs dance music since 1969.

OK, so we start with Glenna, singular; one infers (from the name) female, but that may not be the case. Then suddenly “They” throws us into the plural world, especially as it’s followed by “perform” which implies plurality; but “under the name Sold” could denote either be a solo or group identity; but then, retrospectively, so could Glenna. And then “serves”, which suggests third person singular. It’s a grammatical car crash, leaving the casual reader to worry more about how many people are talking than what’s being said. Maybe Humphrys has a point after all.

There are two potential objections to my (and JH’s) objections. One is that the third-person plural has long been accepted as a way of creating a gender-neutral third person singular; for example, “if you call for a plumber, they’ll come within the hour”. Well, to be honest, I’ve always hated that, while applauding the core sentiment behind it. There are multiple ways to construct a sentence that avoids both the implication that all plumbers are male, and the implication that plumbers always work in groups. “A plumber will come within an hour of your call.” There, not that difficult, was it?

Others might infer that my objection to the use of “they” in this way is something akin to the response of reactionaries who grumbled about the hijacking of the honest, innocent word “gay” to describe all sorts of frightfulness. Well, no, because there are any number of synonyms for “gay”; “they” and “them” and “their” mean what they say and are pretty much irreplaceable, unless you’re going to avoid pronouns altogether, which would sound a bit like:


Charley took Charley’s place on the black chair and did very well on Charley’s specialist subject, although Charley’s general knowledge round let Charley down a bit, as Charley would be first to admit.

But, as I said, I fully endorse Charley’s right to live as Charley likes and be treated as Charley likes. Language changes, evolves, sure, but it can only do that successfully if it allows people to keep up, otherwise a move that aims to encourage acceptance and inclusiveness will only breed resistance and hostility, not to mention unnecessary confusion and ambiguity.

So here’s my suggestion: think up a new set of pronouns, applicable specifically to people who’d rather not be stuck in either of the boring old “male”/“female” boxes. There are plenty of monosyllables that don’t have any particular meaning. “Zoy”, maybe. “Zoy” as subject, “zom” as object, “zor” as possessive. It really doesn’t matter, so long as everyone knows what it means.

Essentially, it’s perfectly OK to ask to be excused from petty rules and restrictions, especially because it might wake people up to the fact that such rules are rather outmoded and needn’t be applied to anyone. But every now and then, we find out that such rules do actually serve a purpose, which is nothing to do with forcing non-binary people into restrictive cis boxes, just ensuring that we can all say what we mean. Anyway, this:

I agree! We should come up with a new word surely.
Also, let's stop messing with this Mx nonsense. We should just call everyone by the same title. Citizen, or something.

I like titles. They have such comic potential, but I guess I am getting long in the tooth. Sigh.
Sx

I'll admit, I tend to call everyone "darling", irrespective of gender. But that's because I'm terrible with names.

I assumed, following the grammar, that it was the shrimps (the ones on the plate at the mariscos restaurant) that perform under the name Sold. I had Techno Shrimps in my head.

I call most people darling nowadays too, not because I can't remember their names but because I find they rather like it, especially older women - older than I am, that is, which is fairly ancient. If someone wishes to be referred to as "they" then I'd use the verb in the singular. "They is going for a walk" is unwieldy but at least makes it clear.