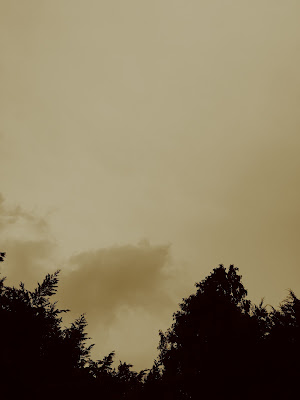 Storm/Hurricane Ophelia has battered Ireland, but in its slipstream yesterday came a shower of meteorological weirdness over parts of England. The morning was strangely warm for October; and in the afternoon Saharan sand in the wind turned the sun and sky various shades of red and yellow.

It was one of those moments when you had to be there. From inside at about 3pm, it looked as if storm clouds were gathering; stepping outside, everything was suffused with a weird, tawny light; the closest thing I can compare it to was when I was in Stockholm at the height of summer and it was still light past 10pm, but the city was starting to fall asleep anyway. Inevitably, many people took photographs but this was one phenomenon to which mere smartphones could not do justice. For some reason (sorry, ask someone more tech-savvy than me), the odd ambience wouldn’t translate to ones and zeroes and pixels. So, rather than commit the ultimate 21st-century solecism and leave an event unrecorded, many people tweaked their images with various filters so as to give the pictures the appropriate hue. Despite the fact that many of the people who saw those images were looking at the real thing themselves. The simulacrum was momentarily imperfect and had to be nudged back to perfection, especially because the original was still there for comparison.

And then, because it was so difficult to communicate in words or images exactly what was happening, even to people who were experiencing exactly the same thing, we all started talking about Ragnarok and the Book of Revelation, which is much easier. 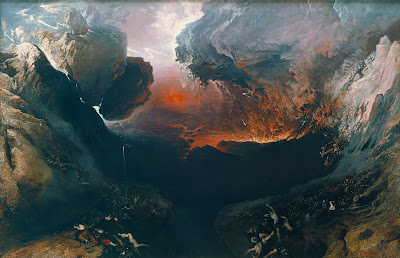 Living in the South, we've become accustomed to the variations in light/temperature/smell prior to a hurricane. There is, in particular, a very strange greenish glow to the light as storms approach. Thunderstorms, simple rain showers or heavy rain, and hurricanes are part of an anticipated and feared way of life here. The Book of Revelation is an apt reference.

Hope you experienced no damage where you are.