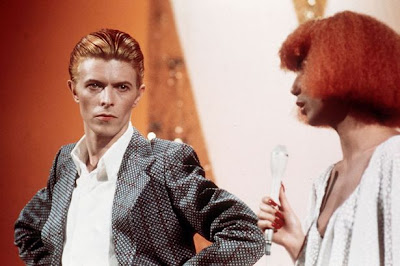 The BBC documentary David Bowie – Five Years undoubtedly justified the hype. Although the basic narrative will be familiar to many, some of the freshly unearthed archive footage is a real shock to the senses, looping as it does in and out of the stuff that gets trotted out for every 70s nostalgia fest (Starman on TOTP, bits of Cracked Actor and so on). Moreover, the fresh interviews prove that there’s nothing inherently wrong with that much-derided format, the talking heads doc, provided the heads are judiciously chosen and given sensible questions to answer. Indeed, so rich were the pickings from people who worked with Bowie in some of his most productive periods (with Visconti *and* Eno *and* Fripp you’re spoiling us) that – completely irrationally and unfairly – I felt cheated by the very few omissions; why, for example, did we hear the recollections of guitarist Carlos Alomar and drummer Dennis Davis but not bassist George Murray? Were Angie Bowie or Iggy Pop washing their hair? Incidentally, seeing these people 30 or 40 years after their prime offers an object lesson in how capricious the ageing process is, but also how irrelevant it ultimately it is. Woody Woodmansey, the drummer for the Spiders from Mars, now looks like Jim Bowen’s dad, but at least he’s still with us. His partner in rhythm Trevor Bolder appears eerily unchanged from 1972; maybe even younger, since he’s missing those grey sideburns. But it’s Bolder who didn’t live long enough to see the programme broadcast. 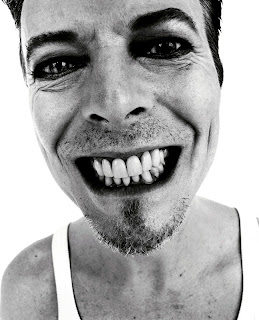 One small niggle, though. The show’s structure, focusing on five key years in Bowie’s development as an artist, allowed the makers to slim all the potential material down to a manageable shape. In reality, though, those so-called years were allowed to bulge out beyond their chronological bounds (for example, the 1972 segment became “1971-1972” and ended with a caption about the Ziggy retirement gig, in July 1973) and as such the we were treated to most of the major incidents from 1971 to 1983. And this is where the faintest flutter of disappointment makes itself felt. The programme had as its consultant the excellent Nicholas Pegg, who in his indispensable reference tome The Complete David Bowie goes to great pains to assert that (contrary to rock hack orthodoxy), Bowie’s creativity did not suddenly evaporate in the mid-1980s and that there are moments to savour in much of his subsequent work. But in Five Years, as soon as the last echoes of the Serious Moonlight tour fade away, we’re briskly told that Bowie recorded 11 more albums in the next two decades, pretty much disappeared in 2007, then unexpectedly came back earlier this year, er, that’s it. As such, an opportunity to reassess Bowie’s career as a whole is lost. I still maintain, for example, that Absolute Beginners was Bowie’s best song of the 1980s; and the Outside album from 1995 can at least be mentioned in the same breath as his Berlin trilogy. And yeah, Tin Machine was crap, but surely it deserves a mention, if only to show what a mid-life crisis looks like on a big budget.

Five Years is a film made with skill, verve and unabashed love about one of the most important, intriguing artists in any field in the past 50 years. Watch it; it’s great. But it falls tantalisingly short of being as brave and cussed and contrary as its subject. Bowie was the great re-inventor but to a casual viewer – perhaps a young music fan who doesn’t quite understand why everybody got so excited when the new album appeared – the documentary would suggest his reputation is fixed in amber, immune from critical re-invention.
Posted by Tim F at 1:43 pm

I thought Rick Wakeman was good....

I'm going to watch it right now, just because you said so.

I watched the Man Who Fell to Earth yesterday, back then he did not have those lovely white teeth in the photo in your post, I can tell you. One of his biggest reinventions was his English gnashers.

Unfortunately I have not sen the programme, but I would have wanted interviews with Anthony Newley (OK, he's dead) and Lindsay Kemp, from whom he borrowed much of his style in his early days.

He was, Rog. Enthusiastic, informative and not noticeably drug damaged. Clearly in the wrong place.

Yes, that was a bad move, wasn't it Annie? Keith Richards as well. And apparently Shane McGowan's doing a Kickstarter for a new set, or something.

Well this is the problem, Gadjo; they would have been too early, since they fell outside the 1971-1983 remit. Ditto Reeves Gabrels and Ricky Gervais. Who are the same person, of course.