All the people, so many people 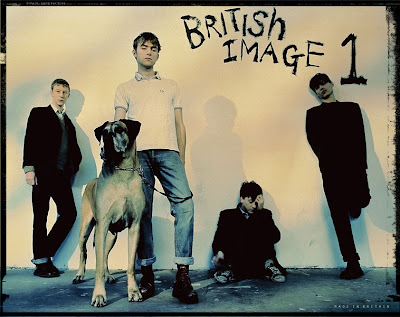 I suppose I was just a little bit too old for Britpop when it happened. I mean, I was still buying music and I was still reading music magazines; hell, I was even writing for music magazines (having graduated from writing letters to music magazines, which is rather more fun). At the same time, though, I was too old to take sides in the hyped-up, coked-up Blur vs Oasis nonsense. If you’d put a gun – probably the sort of gun that fires a Union Jack flag with BANG! written on it – to my head, I would probably have picked Blur, because they wrote more than one song. But Pulp were better than either of them and in any case once you’re in a culture where Chris Evans is mediating the musical taste of the nation’s youth you may as well cut your ears off.

But some people still seem to get excited by the whole farrago, maybe because they still want us to remember when they were young and pert and relevant. First Robbie Williams takes a verbal swing at Brett Anderson, reminding us IN BLOCK CAPS that some Britpop bands were, y’know, a bit not good, right and at the same time reminding us that Britpop jumped the desert-booted shark when Robbie Williams started hanging out with Oasis. (Although, were Chapterhouse really Britpop? Curve? Kingmaker? Hey, I guess if you remember the mid-90s you weren’t really there, eh, Rob?) Then Damon Albarn and Noel Gallagher snuggle up at a charity gig as if all that antipathy might have been y’know, just a stunt and, hey, Anna Friel and Damien Hirst have come along for the ride as if they were trying to recreate a Camden photoshoot for a Loaded cover story (I’m guessing Keith Allen and Sadie Frost and Ewan McGregor were otherwise engaged) and suddenly I’m quite glad that I was just a bit too old for Britpop. Because if I’d been just the right age for Britpop, if it had really, really mattered to me, if I still had any youthful illusions left, I’d probably be sitting on the floor right now playing my blue vinyl Bluetones singles one by one and then melting them with my hot tears of embarrassment.
Posted by Tim F at 7:58 am

I was an NME junkie and pop music writer when Britpop came out, and most of it was terrible. What people don't realise is that for every Britpop-by-numbers Hurricane #1 that made the charts, there were dozens of exact copies playing themselves into oblivion in every beer-soaked hole in the UK. Maybe Robbie's right. Maybe I too am SORRY ABOUT THE TRUTH PLEASE SAY HELLO TO YOUR DRUMMER WHERE ARE MY FULLSTOPS

I stretched my youth a long way... I've seen siouxsie and the Banshees in concert... and yet still did managed to also see Blur, and Pulp.
I haven't a clue what's going on these days and I agree with you about Pulp.
Sx

A bit harsh on Oasis there. True, they only had one song but they played it at two different paces: slow and medium-slow.

Anyway, for me the interesting thing about Britpop was that it was the first unashamedly backward-looking British pop "revolution". All new movements borrow from the past, of course, but Britpop seemed to be an attempt to return to the past. It was as if they were trying to live in 1966. The nearest equivalent is probably the British Trad revival of the late 50s/early 60s. Some of the songs were good, some of them not so good, but I couldn't help feeling this was the sound of pop throwing in the towel.

Thanks for that line, Tim, it's made me feel all warm and pert on a chilly minus 9 Sunday morning.

When my teenage daughter bought 'Definitely Maybe', I commandeered it for my own recreational purposes. Thankfully, I got to see Radiohead in 1995, just before the opportunity to see Oasis arrived. That put pay to all that Britpop nonsense. Although I did find myself at an Ocean Colour Scene gig in the Southampton Guildhall. How did that happen?

What ever became of Henry Sugar?

I've never recovered from Jonny Lydon advertising butter. Though I do thank the punk years for helping me to value re-use/re-cycle/re-purpose for fashion. I lost the plot completely somewhere around D'Ream being picked by the labour party as an election anthem....

But isn't that the case for every genre, Roland? For every Sex Pistols there are 47 UK Subs.

No, I haven't the faintest idea what's going on today, Scarlett. Although I'm advising everyone to check out an Australian trio called Screaming Match.

Glad to hear I can still thaw your old bones, Rog.

OCS, Martin? I hope you had a long hot shower afterwards.

They ooo-eee-oooed themselves to sleep, Roy.

Lydon's in China at the moment, Wendy, so we might see if he still has the capacity to annoy. Anarchy in the PRC?

But Britpop was aimed at those a little older wasn't it? I was 22 in 1995/6 and I remember thinking it all sounded like it was for older people. Mind you I was busy slumming it in a bedsit without a window with 2 dogs and a bloke with hair even longer and curlier than mine so finger on the pulse I did not have. The only thing that got me through was Woody's pink grapefruit alcopop (the one with the tree frog) and feeding the dogs sausage meat when the boyfriend's back was turned (I'm a veggie myself but don't impose it on others).

Well I'm not sure, Anon. I'm about five years older than you and I did feel a bit crumbly at the gigs I attended. That said, one of my key memories is seeing Oasis at Knebworth and finding myself standing behind a bunch of people in anoraks proclaiming their allegiance to Crewe & Alsager College of HE Lacrosse Club. Which presumably marked them as bloody students, but not the sort of bloody student who might have gone to see Suede or the Manics just a few years before.