About this year: Farage sings Bowie 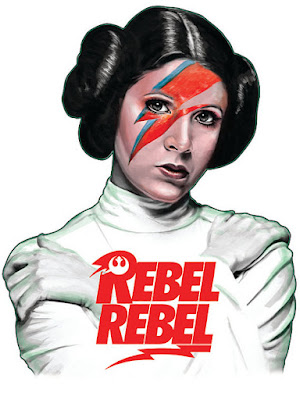 As part of the all-encompassing need to package up time into arbitrary chunks and assign specific characteristics to them (and yes, do read my book about the Noughties, you know you want to), 2016 has been identified in most of the valedictory reviews as a year of a) seismic political shocks; and b) dead celebrities. Of course, this is partly a matter of perspective; if you spent most of the 12 months cowering from barrel bombs in Aleppo, it’s possible that the demise of David Gest may have left you less than moved.

But even in more peaceful parts of the world, I wonder whether this neat labelling of the year is that accurate. For many people, of course, the results of the Brexit referendum and the US election weren’t at all shocking; they came either as a pleasant surprise or simply as a natural fulfillment of all that is right and good in the world; and I’ve got a sneaking suspicion that the people who were happy enough with those developments were also those who weren’t too upset when the news came in that David Bowie or Prince or Carrie Fisher wouldn’t be seeing 2017. I did get into a minor online skirmish with one gentlemen who couldn’t understand why so much more attention was being paid to the death of a “poofter” such as George Michael than to a salt-of-the-earth denim-clad rocker like Rick Parfitt of Status Quo, who had left us the day before.

Now, no disrespect to the late Mr Parfitt, who plied his trade with commitment, energy and self-deprecating humour for nearly 50 years, but I think the common thread that unites many of the big-name, blue-chip deaths of the year (Bowie, Prince, Fisher, Michael, Muhammad Ali, Leonard Cohen, even poor old Pete Burns) is that in their lives and their work they interrogated and challenged fundamental, preconceived notions about gender, race, sexuality and more. Parfitt, bless him, didn’t. And – I’m just running on instinct here, with no empirical data to hand, but bear with me – the people who supported Trump and Farage tended to be the same people who wished those notions had gone happily unchallenged, who yearn for a time and a place when America is great again and the Black and White Minstrels are still on the telly (it’s just a bit of harmless fun) and there’s honey still for tea. For them, 2016 was about political triumph and vindication, with maybe a bit of sadness that Rick Parfitt died.

It’s a small matter in the greater scheme of things, but I’ve got a morbid yearning for both Trump and Farage to show up on Desert Island Discs, so we can find out what really pushes their cultural and emotional buttons. I’m guessing neither of them would pick a Bowie track – unless Farage is prepared to admit that his go-to karaoke piece is ‘The Laughing Gnome’.

PS: While we’re on the subject – who’s going to play at the inauguration? 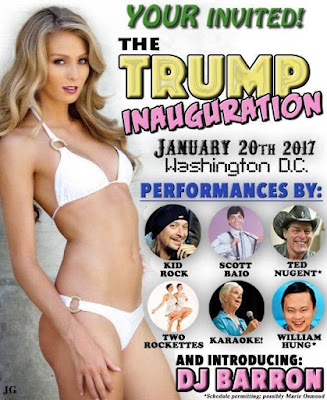