From our sports correspondent 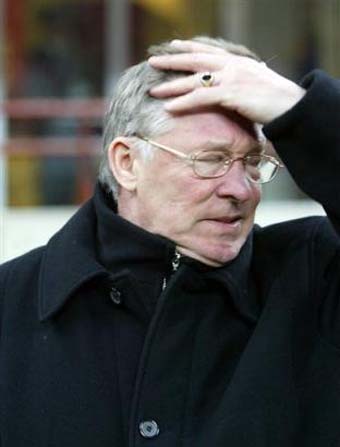 It's not often that Portsmouth and Bangladesh get mentioned in the same sentence, except maybe when it comes to comparisons of heroin addiction and poor diet, both of which indicators tend to suggest Dhaka is a more salubrious environment (and you can go here and here for variations on that theme). But high fives to both teams of unfancied, underprivileged urchins for yesterday's sporting upsets, which have injected an unexpected double dose of uncertainty into the latter stages of the Premiership and the Cricket World Cup respectively.

Odd to think, though, that 20 years ago, if we were celebrating an obnoxious, fascist pariah getting a bloody nose, it would have been the humbling of South Africa that provoked the widest smile...
Posted by Tim F at 11:20 am

Only thing is now Chelsea will win it. Props to the Bangladesh guys though.

Beat Man U then lose to Watford.

Off topic, sorry Tim, but one more for the collection.

That's true, Billy. As some wag (Kissinger?) said of the Iran/Iraq war, it's a shame they can't both lose.

No, Geoff, it's the we-can't-win-when-we-can't-smell-the-dockyard connection.

And Annie, that's fantastic. I'm going to have to make a collage of all these. Fergus looks so cool - like he plays the Uillean pipes on acid. And you look even more like the cute one in CSI.